The insurance company’s duty to pay for your legal counsel is not about the tiny brush strokes. It’s about the canvas. It about the picture.

Commercial litigation insurance is a very useful, and often expensive, business tool to manage risk. Companies get this insurance to cover them if, despite efforts to resolve the matter, a customer or other party to their contract or work sues.

And yet, all too often insurance companies try to renege or review things in hindsight a bit, when it comes time to pay for your legal defence, right when you need a good lawyer on your side.

Often, the insurance company retreats to ‘policy wording’ arguments, to try to say that the sort of dispute is not covered.

So, how does the law deal with this gambit?

You pay their steep premiums. Then the going gets tough. But, don’t get stuck with the tab!

The law in Canada is that the insurer has a duty to pay legal counsel to defend the you, if there is even a possibility that the fight could be covered by the policy’s terms.

The issue of whether the insurer will ultimately have to pay for the overall liability, ifthe other side can prove the case, is left until later. Until that time, they must pay for your defence counsel.

This was recently illustrated in the Court of Queen’s Bench case of Creative Door Services Inc v. AXA Pacific Insurance. Creative Door had a contract to supply overhead doors. It hired a sub-trade to complete some of the work. The sub-trade was injured and had no workers’ compensation coverage, which was a breach of Creative Door’s contract with the owner. The tradesman sued and the parties claimed Creative was liable as well.

Creative asked its General Liability insurer to pay for its defence lawyers. The insurer tried to put the onus on Creative to show why the claim’s allegations are covered by the policy. It tried to skip steps. It argued that if there is no ultimate coverage for the loss in the policy, there is no obligation to pay to defend Creative.

Creative stood their ground, as expected. They argued that that there is legal defence coverage where there is a mere possibility that the claim falls within the policy.

The policy in that case provided coverage if Creative ‘becomes legally obligated to pay by reason of liability imposed by law on Creative or assumed by Creative under contract for compensatory damages because of bodily injury sustained by any person.’ The claim was a bodily injury claim, which arose in the course of Creative’s contract. It is irrelevant whether the injury claim was ‘directly’ related to the contract.

an insurer is required to defend a claim where the facts alleged in the pleadings, if proven to be true, would require the insurer to indemnify the insured for the claim,regardless of whether the allegations in the pleadings can be proven in evidence.What is required is the mere possibility that a claim falls within the insurance policy. Further, what is determinative is the true nature or the substance of the claim.

The Court confirmed that the question also involves comparing the filed court documents to the background facts, to decide if the overall dispute relates to the policy coverage.

The words ‘contribution’ and/or ‘indemnity’ in a policy covering that sort of legal claim are very broadly interpreted in favour of coverage for losses.

While the Court found that it was not clear that Creative would be found liable, that was not the proper question when considering the insurer’s obligation to pay for a solid legal defence.

The third party claim filed against Creative in this case (seeking to have them cover some of the injury loss) captured the sort of possible liability that is relevant to defence coverage.

Because there was a “mere possibility” of liability, the insurer was obligated to pay for Creative’s legal counsel to defend Creative.

It’s a long road, to defend a claim. Where’s the map?

Some strategies worth considering:

We hope you have enjoyed reading this summary. Enjoy your week! 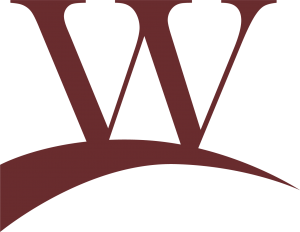